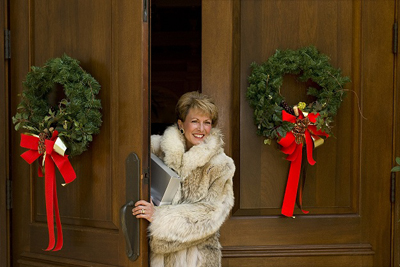 Duchess Raehn was educated at the University of South Carolina with studies at the Vienna International Music Center in Austria. Her formal training grew from her parents’ realization she had the ability to duplicate almost any music she heard by ear. Throughout her childhood, she performed in various churches and schools in her hometown of Charleston, South Carolina.

Following her formal training, she moved to Hilton Head Island, SC, where she has entertained professionally for the past 35 years. Duchess is well known throughout South Carolina where she performs for conferences and conventions, accompanies other performers in various venues, and plays at many churches and other Christian events.

Her career has also included performances at the Arts Center of Coastal Carolina on Hilton Head Island, as well as several appearances for the Renaissance Weekend, a symposium which included guests such as international ambassadors and a sitting president of the United States.

Duchess Raehn has recently arranged and produced four CDs, the first of which was “Be Still My Soul” in 2005, a collection of traditional hymns and worship music. In 2008, she assembled a collection of Broadway favorites called “Music of the Night.” “The Gift”, her third production is a compilation of her own arrangements of Christmas favorites. Duchess recently released her fourth cd, "SoulMate" which is a soothing compilation of favorite hymns. Duchess lives on Hilton Head Island with her husband, Bob, and has four grown sons. Birthday Party
Duchess was FABULOUS! She provided just the right touch. Please pass on to her our thanks and appreciation for helping to make the evening so special for my dad. Thank you so much, Cherie, for making this so easy for us.
Hotel Catering Director
All went well - Duchess was delightful and so very professional! I appreciate that so much. Thanks for your help on this.
Anniversary Party
We loved having Duchess! She is Wonderful!
© 2021 by Hilton Head Entertainment. All rights reserved.