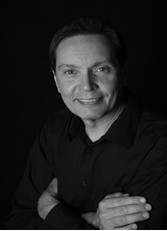 Bill has played piano and conducted many star performances on numerous television shows throughout the United States including The Merv Griffin Show. In addition to working with some of the greatest musicians and orchestras on Broadway in New York City and studio musicians and orchestras in Los Angeles, Bill has had the pleasure of conducting some of America’s greatest big band swing orchestras of all time, including The Les Brown Band Of Renown Orchestra and The Harry James Orchestra.

After his formal training at the American Conservatory of Music in Chicago, Bill quickly became one of Chicago’s leading pianists performing at Chicago’s finest venues on the Magnificent Mile which include the Ritz-Carlton, The Four Seasons Hotel, Chicago’s famous Drake Hotel, The Signature Room Restaurant (where he was the exclusive entertainment provider for the past 19 years), numerous Chicago theaters, Navy Pier, and Chicago’s Symphony Center.

His experience also includes performing piano and vocals on television and radio commercials which include national spots for United Airlines and the McDonald’s Corporation.

Weddings: No wedding is complete without beautiful music. Bill has performed at countless wedding ceremonies of all faiths and at hundreds of wedding receptions. 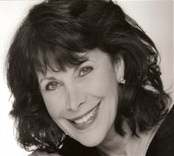 Vocalist, Betsy Jamison, is Bill’s number one choice when vocal music is required for any event or celebration. Betsy, a former Miss Illinois and New York City theater and television singer/actor, possesses an angelic mezzo-soprano voice perfect for wedding ceremonies and receptions.

Whether Bill performs as a soloist, as a duo with Betsy Jamison, or with any one of his jazz ensembles, the music is always a perfect fit for any event or celebration calling for great entertainment! 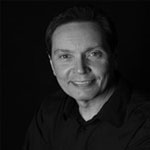