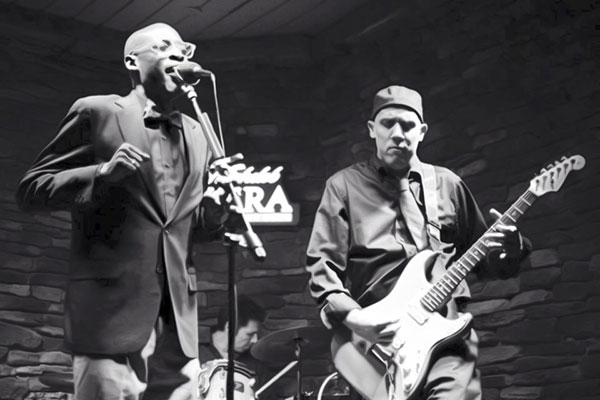 La Bodega is an American band formed on Hilton Head Island, SC, in 2011. The group consists of Guy Smiley (vocals) and Todd T. (guitar). Led by their fearless leader, La Bodega Man, they began recruiting the best musicians in the area to round out their sound for live shows and studio recordings. Averaging over 150 live shows per year between concerts, private parties, and corporate events, they eventually emerged as one of the more popular acts in the area. They were winners of 2017’s 95.5 Rock of Savannah Last Band Standing Competition and Top 10 Finalist of Cumulus National Next2Rock Competition. The band's raw funk, soul, reggae, blues & hip-hop sound draws heavily from their old school influences, including Prince, Bill Withers, Bob Marley, Jimi Hendrix, and Run-D.M.C. Just like a true Bodega, They offer something for everybody. “We got everything you need, satisfaction guaranteed.”

La Bodega can be booked as a 4-piece band or as a Duo.

Rachel
Sitting down to write my vendors a thank you, I only have great words about you, Frederick and the band...you were the all stars of the night! You made our wedding complete. The talent you have as a group is so amazing! Jeremy and I, along with our guests had the best time dancing, listening and smiling while you played. There were many compliments from our guests on the band just rocking the party. We were happy you could join us the next day as well, such a nice way to round out the weekend. I hope you enjoyed yourselves too. We look forward to seeing you in town. If you have a place you would like me to write a review, I would be happy to. Thanks again! We are so happy you were a part of our special day.
© 2021 by Hilton Head Entertainment. All rights reserved.