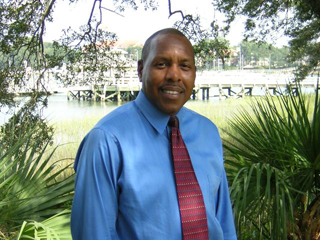 Lavon is a native of Savannah, Georgia. He is the youngest child of three, with a sister, Elinda S. Gorman and an older brother Ronald L. Stevens. His mother, Reatha J. Stevens, still resides in Savannah and his father, Ernest Stevens, is now deceased. He met his wife, Nancy, here on Hilton Head Island, and they were married October 1, 1994. They have been blessed with two beautiful sons, Joshua, age six and Nicholas, age four.

Lavon took an interest in music at an early age, approximately five years old, playing the piano and singing. He was raised in the church where his music foundation and his spiritual beliefs were established. He attended a Baptist Sunday school and an A.M.E. church all through his school years.

His brother. Ronald, was classically trained and studied piano throughout his school years, and Lavon credits this exposure to most of his training. Ronald took the lessons and Lavon took the music he heard from his brother. His mother persuaded Lavon to take piano lessons from age 12 to age 14. His sister, Elinda, also studied piano for a few years and the whole family would often sing together at church and community socials. Lavon’s first instrument in the 5th grade was the violin, He and his brother were among the first blacks to be charter members of the Savannah Youth Orchestra.

After graduating from Sol C. Johnson High School in Savannah, Lavon went on to attend Dekalb Community College, a college outside of Atlanta, Ga. There he studied voice and piano and was instrumental in organizing the Dekalb College Gospel Choir, a multiracial group that met at the school in a Christian environment. He was recognized for his achievements by the Afro-American Club with the Phoenix Award for excellence.

Lavon came back to the Savannah area in 1981 to help his mother through back surgery and found work as an entertainer in Savannah, Ga, and Hilton Head Island, S.C. He has made Hilton Head island his home and has traveled all over the country. He has performed in many areas including Florida, Atlanta Ga., New York and Aspen, Colorado.

His experiences have exposed him to classical, show tunes, pop, R&B, jazz, as well as gospel and spiritual music. He is an accornplished songwriter/producer/entertainer who has received much recognition. Also, he has appeared on countless TV and radio shows and has been the subject of numerous magazine and newspaper articles.

As the Minister of Music at Mt. Calvary Missionary Baptist Church for 13 faithful years, Lavon has shared his gifts and talents. He has served in various capacities with other churches and communities and he has helped many charitable organizations and individuals. He has appeared in many area hotels, country clubs, and fine restaurants.

His credits include two recordings Live At Cafe Europa, a cassette of easy listening cover songs and I See Love, a CD cassette of all original compositions. The title song, was composed based on scriptures from the Bible, I Corinthians, thirteenth chapter, and dedicated to the love of his life, Nancy, on their wedding day.

His pride and joy are his two sons. Joshua is an aspiring young drummer/pianist and Nicholas shows some interest in piano/music,too. Lavon Stevens is a musician, singer, songwriter, producer, director, and teacher. Most of all he is an ambassador for lovingkindness and spiritual awareness to mankind. 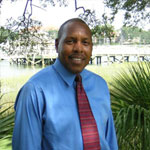